SAINT LOUIS, Missouri – During the 158th Anniversary Convention, it was announced that the Theta Xi Headquarters would relocate its operations. The announcement followed nearly one year of research and discussion by the Grand Lodge to assess the opportunity for a new headquarters location.

Although the announcement came at Convention, final recommendation of a location was made to the Grand Lodge in May. The board unanimously approved that recommendation in June.

National President Adam M. Schaffer, Iota 1538 (WashU ’03) said in his remarks, “St. Louis has benefited the organization, and its long history of staff members since 1924. The Fraternity is electing to make a long-term, strategic commitment to the Southeast region of the United States. An Atlanta-based National Headquarters will enable Theta Xi to prosper further for several reasons. Atlanta provides a more sensible means and costs of travel for staff and volunteers; it furnishes greater accessibility to current undergraduate chapters and prospective target chapter locations; and it positions Theta Xi in a marketplace which correlates well with its ambitious aims for growth.”

The excitement surrounding this next step in the Fraternity’s growth comes with a respect for the 98 years Theta Xi has called St. Louis home.

Executive Director Tanner Marcantel, Alpha Alpha 1675 (LSU ’01) said, “The rationale for relocation, in fact, is very similar to what it was nearly 100 years ago when Theta Xi selected St. Louis as the location for the Headquarters. The reasons have stood the test of time, and while the times have changed, the Fraternity is rightfully adapting to address the needs of today and how we foresee them evolving in the future.”

Theta Xi has leased office space in St. Louis since the sale of the Memorial Headquarters building in 1997. Since that time, the Headquarters has seen great change, including the passing of long-time executive director Jim Vredenburgh, Beta Omega 11. Over the past decade the staff has grown from 4 members to 9 employees; most of which work outside of the St. Louis area.

The new Headquarters will house the executive director and the Atlanta-based staff, the Davidson Library (museum), archive storage, and meeting space for the Grand Lodge and Board of Trustees.

Theta Xi Headquarters will begin operations at the new address on October 3, 2022, located at 260 Peachtree Street, Atlanta, GA 30303. The telephone number and email address will remain the same: (800)783-6294 and txhq@thetaxi.org.

“The Fraternity is not only choosing Atlanta as its geographic location, but also considers this next chapter of the National Headquarters to serve all who visit a positive, impactful, and memorable experience,” Schaffer continued. “It will be more than our place of business. It will be Destination Theta Xi – a place for Brothers and friends to visit and explore.”

About Theta Xi: Theta Xi Fraternity was founded at Rensselaer Polytechnic Institute in Troy, New York on April 29, 1864. The Fraternity services 75,000 members from 121 campuses; and provides support for 2,100 undergraduate men in 46 active chapters. 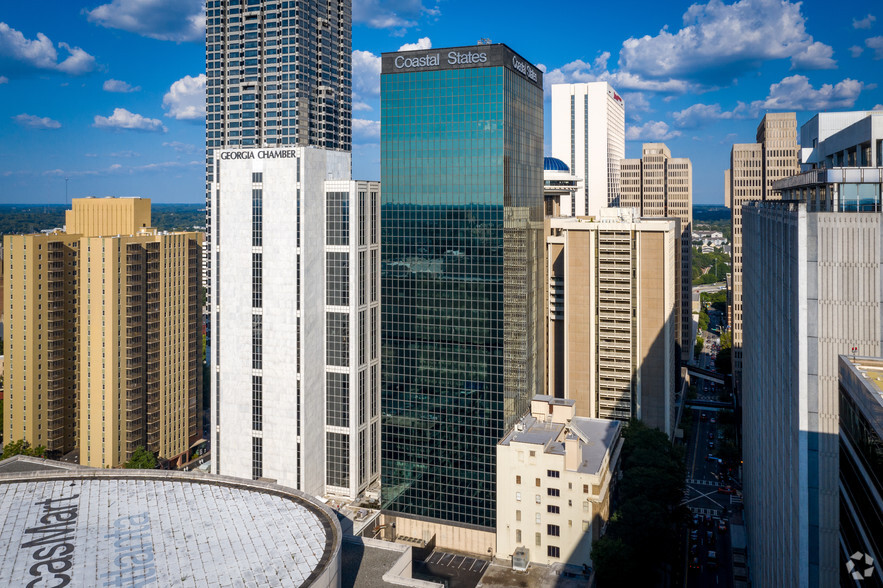